This post shows my new taste for classic bikes… and is also a mix of energy efficiency advocacy and touristic scenery I hope you will like!

Living in Sweden for the last month and a half, I was amazed by the rich quantity…

…and the colourful variety of bicycles around. 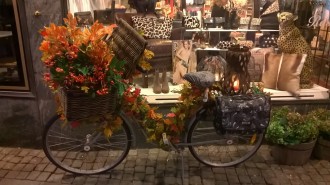 I’m not saying nothing new if I highlight the multiple benefits of bicycles for the cities, and for the individuals… so i’ll skip that.

What I want to highlight is the immortality of bikes. The older the bike, the more efficient is the “asset utilization”, and higher the return, let’s call it MROEI (mobility return on energy invested). And as long as the frame is fine, by changing tires and brake-pads, a bike can basically live forever. An example, the following picture from a bike almost 70 years old: 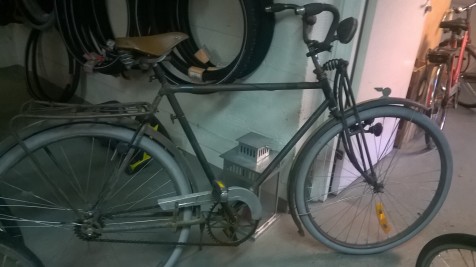 Bike from 1946 with impressive suspension and figure on front fender (no, it’s not a nazi logo on it, in case you’re wondering…)

Bikes emit CO2 during their production and thus there is a rate of emissions per km (calculated as 21 g/CO2 by the ECF), so if you consider different options for commuting you should take that into account. For example, you might have to ride 300 km instead of using car to “pay-back” for the production emissions. But it depends, you could work the details and calculate the emissions of the bike travel depending on the food you eat to power it… 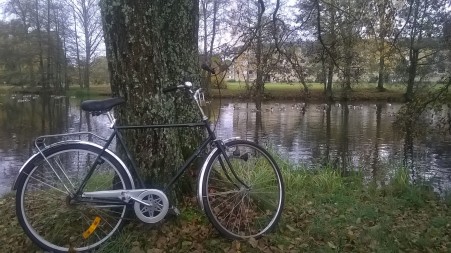 The ECF & TNO studies’ calculations take a life expectancy for the bicycles of 8 years, so the emissions for a 20 year-old bike are mainly the emissions for the “food-fuel”. And if you eat the same whether you drive to work or bike?

Moreover, refurbishing old bikes grows the service economy, the local bike shop-floor (like the one with board on the picture) instead of the mass-production bike factory across the world (well, only the new components will)

If using classic cars may be cool, they are mostly inefficient. That is not the case of classic bikes. In fact, cool refurbished bikes (like “fixies”) are doing a lot for increasing bike penetration in cities… (I don’t have a picture to post, but you can see a few around Stockholm these days)

Electrification of old cars is the alternative, eco-friendly, keeping the aesthetics, but making the ride cleaner. The pity is losing the sound, which sometimes is a key part of the vehicle. But specially if the motor is beyond repair, that should be the option… (I think I’ll write another like post on EV, but on refurbishing next time)

Electric-blue bike (not an e-bike)

So, the end of this story is I decided to buy an old 1986 Tourmalet bike, with fenders to make it a commuter. The payback for the price is 60 days commuting, even shorter with avoided taxis to the center on nights out (8 taxis would pay for it), and get additional sport on the weekends… Besides, it’ a beautiful classic bicycle! 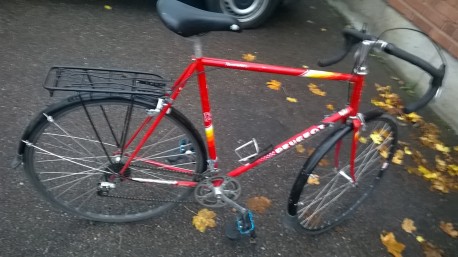